The most ancient language

Report an abuse for product The most ancient language

The most ancient language

The discovery of probably the most ancient language is not easy task. In this brief analysis we will try to get it we also search for gene genetics paleogeography.

Male DNA and its migrations in the prehistoric time and paleogeography can be defined as migrations, both the “sexual DNA” and the “feed DNA”, the latter having a direct relation to the the ancient hunters. Keeping each migration in time usually proves that men (army or hunters) migrate and mate on the road with the fallen male or female from other settlements and populations the route of a haplogroups is a consequence of wars and conquest, food demand, and new hunting grounds. Because the demand for food and hunting respectively it precedes the wars and conquests, the remote ones migratory movements of ancient hunters are by their means relocations of populations, including women. In such trips of great importance are migrations of female mtDNA, which as a companion to male Y-DNA reveals the real best- ancient evolutionary migration.

Modern geographic map and especially in some geographical regions do not fully respond to the palaeogenetic spatial distribution, especially when we look at it “ethnic evolution” in the times of state-building. Because absolutely every geographic place has its own its specific value in the huge genetic diversity, according to the geneticists, the concentration of a hippopotamus with the highest variety of subclasses is logically accepted as its natural place of origin. Thus, a given species (line) of a hippopotamus (subset, etc.) from one geographic location may appear in another very remote location, pointing to that to the diversity of migration or as genetic a cohesive human group (population) detached from the native geography “and formed a new” line “of the specific haplogroup. Because the fathers transmit their Y-DNA marker irreplaceable irrespective of the anthropology, the phenotypes and racial differences, and the female mtDNA begins to change from generation to generation because of the impossibility of uninterrupted eligibility of women with the same genetics, this provides the logical basis for using mainly Y-DNA historical information tag for Geography the ancient migrations and respectively their evolutionary realization. 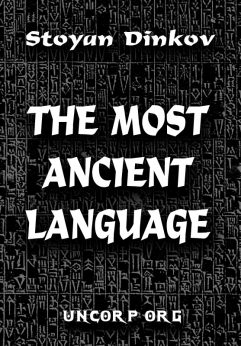 You're viewing: The most ancient language €3.00
Add to cart